BillyChip® CIC is a leading social enterprise that provides a safe and secure currency for the homeless – the first scheme of its type in the UK. Some people can feel hesitant about giving money to a rough sleeper, concerned that it could be misused for drugs and alcohol, but the BillyChip overcomes these obstacles, ensuring that any exchange is only for food and drink.

Using a BillyChip means that you can still enjoy human interaction and conversation, without the worry that you might be contributing to a habit. 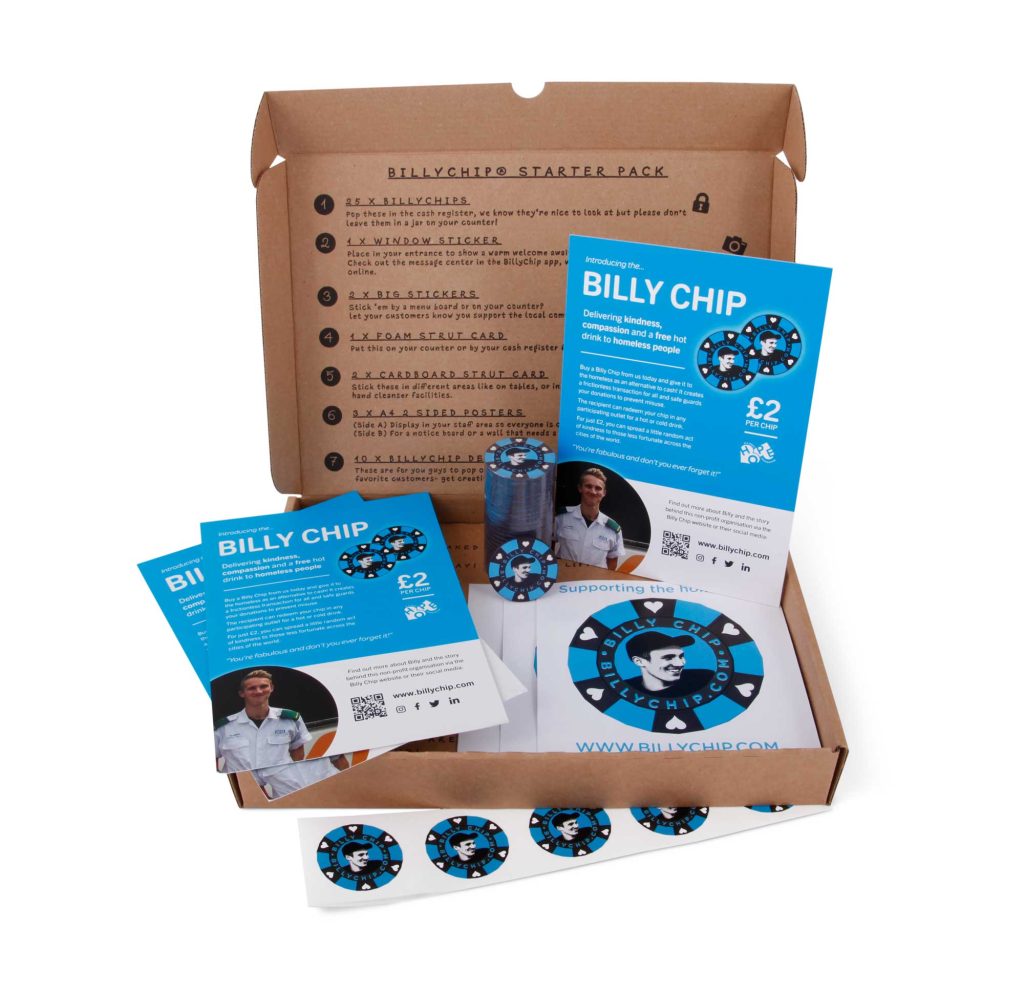 Our aim is to spread kindness and compassion to the homeless community and ensure that the BillyChip is available on every high street across the UK.

The BillyChip was created by Billy Abernethy-Hope, a 20-year-old ambulance driver from Bristol. Billy always felt sad about the lack of support and donations for the homeless community and was determined to help. Tragically in March 2018, whilst travelling in Thailand, Billy died in a motorbike accident so never got to see the BillyChip in action. Billy’s sister Meg and dad Jon brought his idea to life and are now changing the homeless scene.

Since establishing BillyChip there has been lots of support from celebrities including Tyson Fury, Russell Howard, Professor Green, Tom Kerridge, Example and more. They all love Billy’s simple and effective idea, how it works and what a difference it makes.

As an organisation, the BillyChip team have we’ve enjoyed many defining moments. Recently they have been announced as finalists for two awards – the Bristol Life Awards and the National Start-Up Awards. They have also appeared on a number of television and radio shows – both in the UK and overseas. In the past 12 months Jon and Meg have been invited to talk about BillyChip on BBC Breakfast, Sunday Morning Live and across our local BBC radio stations in the South West. They have also been featured in many well-known newspapers and magazines including The Times, Country Life, Bristol Life and Bath Life. 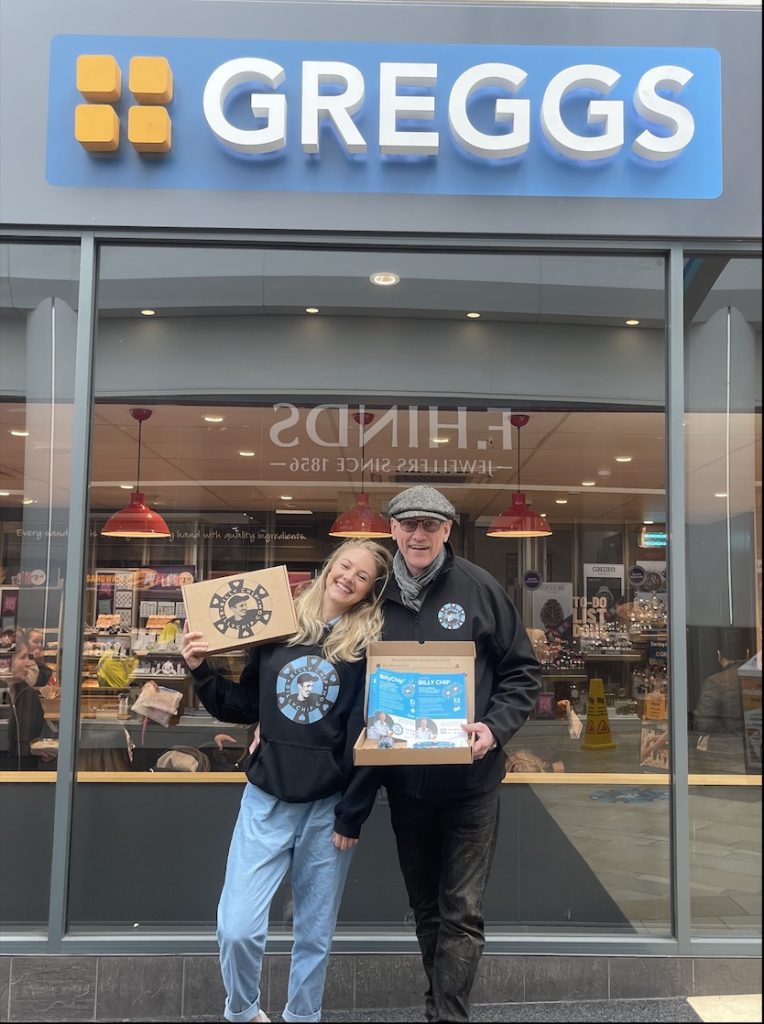 The BillyChip team have learnt a lot over the last three years, especially about the homeless community and the generosity of others. They recognise that they wouldn’t be here today without the incredible support.

You can find out more about BillyChip and the work they do at www.billychip.com